Dutch ISPs Xs4all and Ziggo have been court ordered to block access to The Pirate Bay. I don't know how the blocking will be done (based on DNS lookups or IPv4 address), but I think there might be an easy way around this block: just use http://thepiratebay.org.ipv6.sixxs.org/ , which is an IPv6-ed, proxyfied access to TPB. You need to have IPv6 access to be able to access this URL. Luckily, Xs4all provides IPv6 to its customers.

Update: See http://ipv6-or-no-ipv6.blogspot.nl/2012/06/blocked-piratebay-and-ipv6.html on this blog for other solutions for a blocked TPB

The Dutch ISP Telfort (www.telfort.nl) has started a IPv6 pre-pilot based on 6RD. 6RD stands for "IPv6 Rapid Deployment", and is an adapted 6to4 tunnel technology: in 6RD, the tunnel end point is defined, and is owned by the tunnel provider or ISP. This results in a more predictable and thus reliable IPv6 tunnel service. 6RD is used by the French ISP "Free", and others. More details on http://en.wikipedia.org/wiki/IPv6_rapid_deployment

After applying for the pre-pilot, the user sets up the IPv6 service in his modem in two steps:

WAN-side: select IPv6, and then 6to4 tunneling with 6RD enabled: 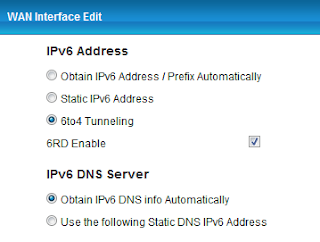 Then IPv6 is actived on the LAN side: 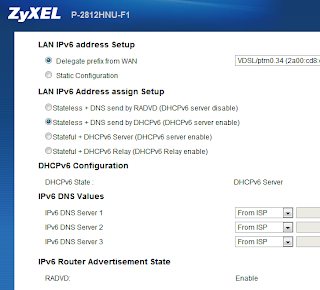