The Dutch product information says it supports 6RD, which ... it does not. So the router can't use Hurricane Electric.
However, it does support IPv6 via DHCPv6, Static IPv6, PPPoEv6 and 6to4.

As my ISP does not support IPv6, I tried 6to4, and ... it works quite well. The results are below

On the LAN side, the TP-Link 3600 provides SLAAC. The resulting addresses are:

Not bad at all

From the public IPv6 Internet, all IPv6 devices are reachable on all their ports. I like it that way. Some people prefer a default-drop behaviour, which I could not find in the router's settings.

Within the LAN, things works as expected: a direct connection between IPv6 enabled devices.

The TP-Link 3600's IPv6 over 6to4 works quite well. I'll leave the feature activated. 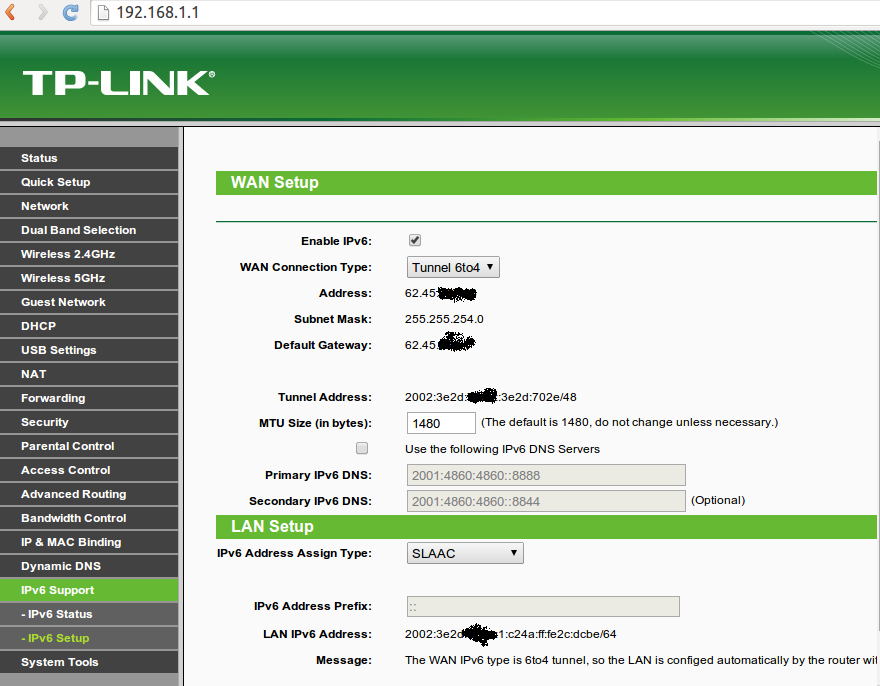